How Toucan’s mission to fix bogus carbon credits landed in the graveyard of good intentions.

Searching for impact in a haystack of empty promises

These days it feels like every time we open a social media app or visit a website, there’s a display ad for yet another investment product that holds the promise of investing with a higher purpose, aligning your financial goals with your values, and leaving some positive mark on the environment.

Nearly as often, another article comes out exposing these products’ lofty intentions as little more than an opportunistic marketing play.

Perhaps it was last year, when BlackRock’s former CIO of Sustainable Investing Tariq Fancy released a three-part invective on ESG’s inability to address climate change, less than a month after Bloomberg projected that global investment in ESG-related assets was headed for $50 trillion by mid-decade.

Or maybe you remember hedge fund Engine No. 1 celebrating their $12.5 million investment that landed three ostensibly eco-friendly members on Exxon’s board – and 9 months later, in a high-profile embarrassment for ESG’s promise of impact via shareholder activism, Engine No. 1’s founder Chris James is now publicly calling to increase domestic fracking. Whoops.

It would take about a week for Bloomberg to report that a group of ESG funds held at least $8.3 billion in Russian assets in the days leading up to Russia’s current invasion of Ukraine. Helping finance the latest ground war in Europe is obviously a terrible look, but it also calls the “Governance” component of the ESG risk management equation into question. How were these bond holders blindsided by a potential default from a government that had already invaded sovereign European nations twice in the past 14 years?

Yes, this is a pattern.

The latest in this series of too-frequent letdowns is the story of Toucan, a burgeoning crypto platform that endeavored to solve a persistent black box in the world of feel-good finance – namely, carbon credits that don’t reduce carbon emissions – before failing in spectacular fashion.

To grasp how Toucan found itself so far off the rails, it’s helpful to understand what’s wrong with carbon credits in the first place.

Carbon offsets are a simple concept.

If your industry inherently pollutes, as is the case for airlines and petroleum developers, you have limited options to retool and reduce greenhouse gas emissions. If you’re facing a mandate to reduce those emissions anyway then it’s easiest to sponsor an emission-mitigating project somewhere else.

Think planting a bunch of trees instead of actually commercializing clean coal technology. This type of net reduction should work, in theory, because we all share the same atmosphere.

Carbon offsets exploded into public awareness with the Kyoto Protocol in 1997 and were bolstered by California’s cap-and-trade program in 2013. Both of these programs attempted to put a price on carbon emissions, as a form of fiscal policy that would recruit the market in the fight against climate change by forcing polluters to account for negative externalities.

Today, if you own a brownfield and decide to install solar power on it, theoretically moving your neighbors off utility power, you can generate a carbon offset and sell it to one of these pollution-heavy industry players. The market for compliance-mandated carbon offsets is more than $260 billion today, driven by policies like Renewable Portfolio Standards, and the market for voluntary carbon offsets is approaching $1 billion.

Surely, this growing market must be an encouraging signal in our efforts to mitigate climate change.

More disappointment, and the role of additionality

Sadly, but not surprisingly, many of these offsets are just vapor – offset project owners can’t seem to resist the temptation to claim credit for projects that don’t actually reduce greenhouse gas emissions.

For example, last year, High Country News reported that the Massachusetts Audubon Society had sold about $6 million in carbon credits to oil and gas companies for preventing logging on nearly 10,000 acres of protected forests.

The problem is, the forests in question had been protected for decades, and were never in danger of logging in the first place.

When a market developed for carbon offsets, Mass Audubon was able to effectively threaten to enter the timber business and say, “we could cut these protected trees down, and if we don’t, we’ll prevent a lot of carbon emissions.”

Mass Audubon took the money, their oil and gas customers didn’t have to reduce their direct emissions, and the result was a net increase in carbon emissions. The source of the problem rests on a concept called Additionality.

Greenhouse gas “reductions” are additional if they would not have occurred without a market for carbon offsets. Additionality means you’re not claiming credits for something you would have already been doing, like protecting a forest or selling hydropower from a dam. 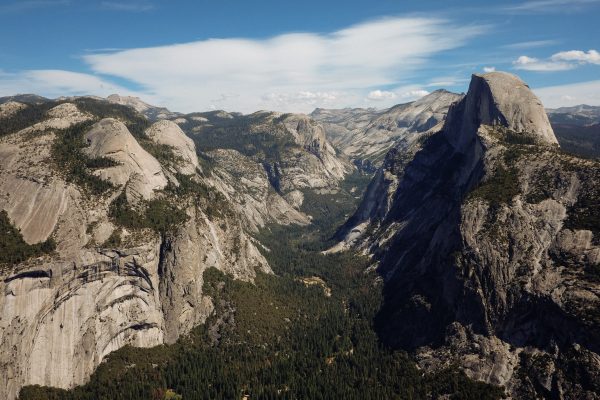 The Yosemite Valley. Carbon credits sold for preventing destruction of this landscape would not be additional.

It’s completely legal to sell additionality-free carbon credits, so the problem has become endemic. This is where we come back to Toucan’s hard lesson.

How did Toucan find themselves in this mess?

Toucan, launched in October 2021, set out to address the additionality problem. Their website features the auspicious .earth top-level domain and is peppered with pro-environment declarations.

Toucan recognized just how pervasive the lack of additionality is in the carbon offset industry, and instead of trying to enforce accountability (an objective that has escaped our efforts to date), they decided to try and tip the scales of market incentives to achieve a positive climate outcome. 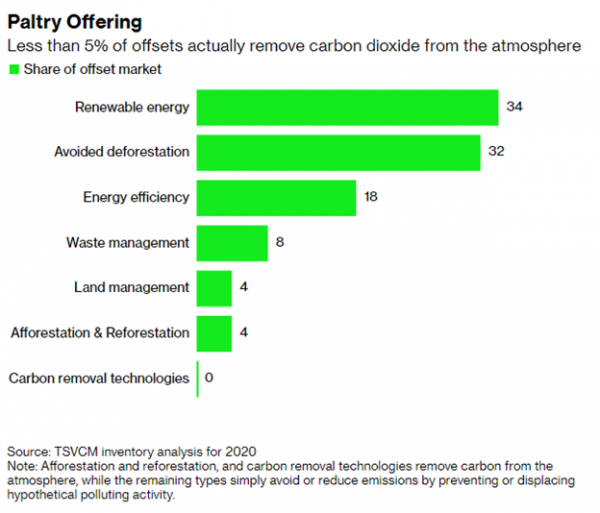 We don’t want to force you into the weeds on crypto-related concepts like web3, smart contracts, and DeFi. The point is that Toucan recognized that most carbon offsets – especially the cheapest ones – do nothing for the climate, and they decided to buy up those low-quality credits, hoping to force polluters to pay a premium for offsets that actually achieve some kind of measurable impact.

The reality is, the pie will grow

The plan failed. This likely doesn’t come as a shock.

As detailed in an excellent article Bloomberg just published, Toucan ended up buying millions of credits from old projects that had no reasonable claim to additionality, totaling more than $100 million in market value, such as credits from hydropower dams in China that had comfortably operated without a financial boost from carbon credits for over a decade.

While boxing these credits out from purchase by big polluters was the plan, Toucan unintentionally unlocked new opportunities for the owners of dubious offset projects. CarbonPlan, a nonprofit that runs the numbers on the efficacy of climate solutions, estimated that dozens of offset project developers, who haven’t issued credits in years and clearly don’t need the additional capital, have started putting credits on the market following Toucan’s initiative.

Suddenly an effort to force polluters to pay for externalities has created a cash cow for issuers of bogus carbon credits – and the ultimate outcome is a hard step away from achieving our climate goals.

We don’t know exactly how Toucan misjudged this effort. Perhaps their focus on crypto, which is necessarily limited by the energy costs of finding new prime numbers, distracted them from the fact that supply often raises up to meet demand.

Regardless, Toucan’s story is the latest in a long string of retrospectives (obituaries?) of eco-branded financial products that diverted capital from meaningful climate solutions, at best, and likely exacerbated this looming crisis.

Our current reality is no regulatory body is going to tell you whether a potential investment simply caters to your concerns about the climate, or actually puts your money to work making a difference. You have to do your own diligence on each opportunity to decide if it meets your goals.

While you reflect on this story, we’ll suggest that a ’40 Act fund with mandated transparency, with bylaws that require it to make your capital available for new renewable energy projects, might be a simple way to confidently align your investments with your concerns for our climate.

It’s certainly more straightforward than a lofty attempt to insist that crypto can overcome basic supply and demand.